How We Got Here

Raynor Company Group was founded in 1957 by D.C. “Bill” Raynor who operated as a residential subcontractor. In the early 1970s, the company moved into the commercial sector and continued to grow and develop until 1991 at Bill’s retirement. At this time, The company is owned and operated by Kyle Dallmann and continues to build on the ideals of quality work performance, earning the company many awards.

We are a leading specialty interior and exterior subcontractor. When it comes to experience with finishes on commercial buildings, Raynor stands alone. With a history of over 60 years, we have completed hundreds of projects working with the area’s top general contractors and owners. There isn’t a project scope for drywall, stucco, EIFS, or stone that we haven’t seen. When our team of craftsmen start a project you can be assured that they have both the experience, training, and professionalism to provide the highest quality work and dedication to complete the project on time and to the project specifications. 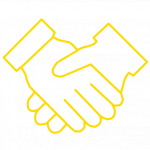 Our relationships are built on the trust we create with our clients. We never over promise and always deliver on our work in a timely manor, with the highest quality workmanship. The strength our relationships is shown by our repeat clients, over 70% of our work is with existing clients. 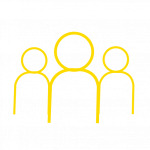 We rely on both internal teams and teams we create with our clients on each project. We empower our employees with the authority they need to get the project completed on time and to our quality standards. We work closely with the GC’s and their project team to make sure we deliver on all fronts. 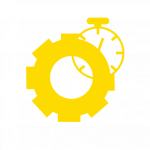 Staying on budget and on schedule are two of our highest priorities. To accomplish this we work as efficiently as possible, implementing processes that we have created and perfected over decades.